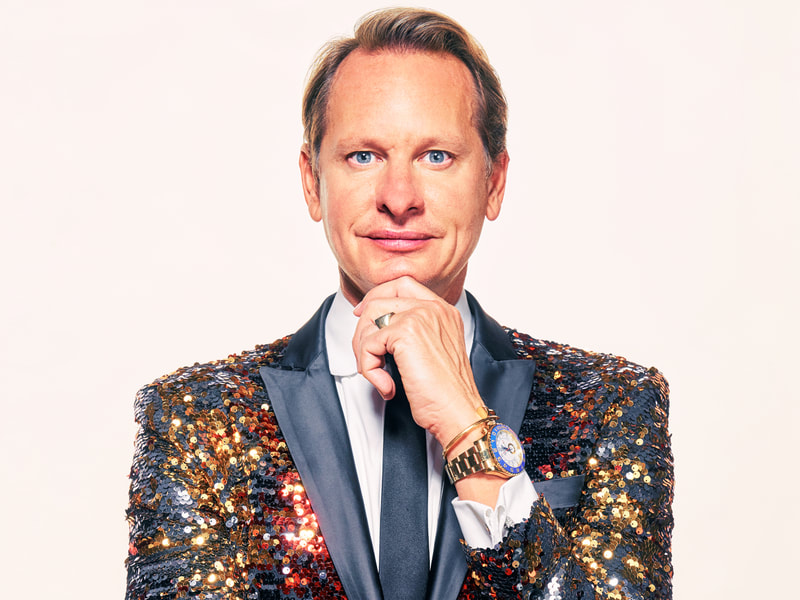 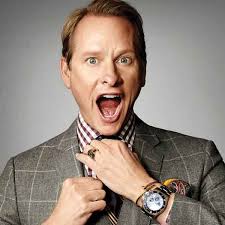 Emmy-Award winning TV personality, style expert, fashion designer and New York Times best-selling author are some of the credits of the multi-talented and unforgettable Carson Kressley.
Kressley started his career as an independent stylist and became invaluable to major designers such as Ralph Lauren. A few years later, he took a leap into television when, in 2003, he became a breakout star as the fashion savant on Bravo's Queer Eye for the Straight Guy, which won a primetime Emmy and gained a worldwide following for Carson.
With his close relationship and collaborations with Oprah Winfrey over the course of the years, Carson revolutionized America's personal fashion sense of style as he filmed OWN Network's Carson-Nation. During this celebrated and entertaining show, Carson travelled to small towns throughout the U.S. transforming lives -one person at a time- with his signature style, humor and heart. He also hosted multiple TV shows including Lifetime's How to Look Good Naked, ABC's True Beauty and competed on several reality competitions shows such as the 13th season of Dancing With The Stars on which he was a fan favorite.
Aside from his own television shows, Carson has frequently appeared on talk shows as afashion critic/commentator including; Good Morning America, Live with Kelly, The Wendy Williams Show, The Oprah Winfrey Show and to name a few. Recently, Carson was a key judge-always standing out with his great wit and ability to be in the moment-for Logo-TV series RuPaul's Drag Race, RuPaul's All Stars and Gay for Play. Last year, Carson competed on Food Network's Celebrity Cupcake Wars (which he won) and ABC's Celebrity Family Feud against Paula Deen-another success for his charity. Carson also shined as one of the judges and mentors on GSN's Window Warriors hosted by Garcelle Beauvais. Carson was the break out star on the newest season of NBC's hit show Celebrity Apprentice, again raising money for his charity- the True Colors Fund.
Carson is a New York Times best-selling author with three books to his credit, including You're Different and That's Super and Off The Cuff: The Essential Style Guide for Men and The Women Who Love Them. His latest book, a women's style guide Does This Book Make My Butt Look Big? A Cheeky Guide to Feeling Sexier in Your Own Skin & Unleashing Your Personal Style was released on October 11, 2016 [St. Martin's Press] to rave reviews.
A strong supporter of many philanthropic causes, Kressley useshis celebrity to advance different concerns such as The Trevor Project, The Human Rights Campaign, AIDS WALK, and the Al D. Rodriguez Liver Foundation. Kressley is also a trustee on the board of The True Colors Fund, The American Saddle Bred Museum and Philadelphia University. When Kressley is not starring on stage or screen, he can be found astride one of his American Saddlebred show horses, with which he has achieved World Champion status